Complete the form below to receive the latest headlines and analysts' recommendations for National Beverage with our free daily email newsletter:

FIZZ has been the subject of several other research reports. Zacks Investment Research cut National Beverage from a hold rating to a sell rating in a research note on Tuesday, November 12th. BidaskClub lowered shares of National Beverage from a buy rating to a hold rating in a research note on Tuesday, January 7th. Finally, Jefferies Financial Group reduced their price target on shares of National Beverage from $32.00 to $30.00 and set an underperform rating for the company in a research report on Monday, November 11th. Three equities research analysts have rated the stock with a sell rating, four have assigned a hold rating and two have assigned a buy rating to the stock. The company has an average rating of Hold and a consensus target price of $46.69.

National Beverage (NASDAQ:FIZZ) last issued its quarterly earnings results on Thursday, December 5th. The company reported $0.70 earnings per share (EPS) for the quarter, topping analysts’ consensus estimates of $0.68 by $0.02. The company had revenue of $252.00 million during the quarter, compared to the consensus estimate of $250.12 million. National Beverage had a net margin of 12.10% and a return on equity of 33.70%. The firm’s quarterly revenue was down 3.3% on a year-over-year basis. During the same quarter in the previous year, the firm earned $0.88 earnings per share. Analysts predict that National Beverage will post 2.42 EPS for the current year.

National Beverage Corp., through its subsidiaries, develops, produces, markets, and sells a portfolio of waters, juices, energy drinks, and carbonated soft drinks primarily in the United States and Canada. The company offers beverages to the active and health-conscious consumers, including sparkling waters, energy drinks, and juices under the LaCroix, LaCroix Cúrate, LaCroix NiCola, Shasta Sparkling Water, the Rip It, Everfresh, Everfresh Premier Varietals, and Mr.

Featured Story: What is the definition of a trade war? 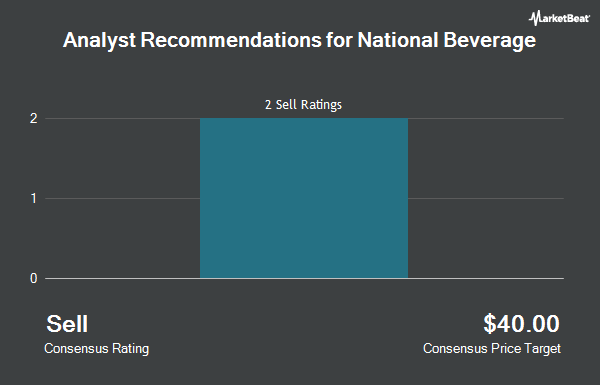